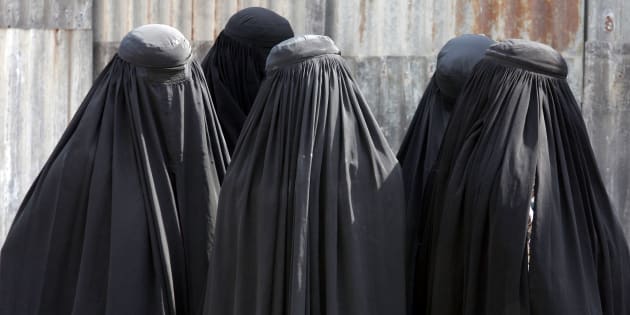 Nightmare or fiction? Neither, this is the truth of Triple Talaq (TT) in the lives of Indian Muslim women before the recent landmark judgement pronounced by the Supreme Court banned it by a 3:2 majority. The judges stated: “given the fact that Triple Talaq is instant and irrevocable, it is obvious that any attempt at reconciliation between the husband and wife by two arbiters from their families, which is essential to save the marital tie, cannot ever take place. This being the case, it is clear that this form of Talaq is manifestly arbitrary in the sense that the marital tie can be broken capriciously and whimsically by a Muslim man without any attempt at reconciliation so as to save it.

The rampant abuse of this form of talaq made the men all powerful, and soon there were triple talaqs being emailed, even sent on WhatsApp.

This form of Talaq must, therefore, be held to be violative of the 393 Fundamental Right contained under Article 14 of the Constitution of India. In our opinion, therefore, the 1937 Act, insofar as it seeks to recognise and enforce Triple Talaq, is within the meaning of the expression ‘laws in force’ in Article 13(1) and must be struck down as being void to the extent that it recognizes and enforces Triple Talaq.” Justices Kurian Joseph, UU Lalit and RF Nariman delivered the majority Judgment. Chief Justice Khehar and Justice Abdul Nazeer dissented. In layman’s terms triple talaq is not a legally valid type of divorce after this judgement.

Triple talaq is a form of divorce practiced by Muslim men where even the an utterance of ‘talaq, talaq, talaq’ was enough for them to divorce their wife. This form of divorce was only available to the Muslim men and not the women, who if they wanted a divorce from their spouse would have to approach the courts and seek a divorce.

Let’s take Mrs. Salma Khan’s case where she went to speak to her husband, who had called from the Middle-East, on a neighbour’s phone, only to be stunned when he pronounced the triple talaq on the phone.

Let’s take Mrs. Salma Khan’s case where she went to speak to her husband, who had called from the Middle-East, on a neighbour’s phone, only to be stunned when he pronounced the triple talaq on the phone. Similarly in my client Shaheen’s case, which was even more bizarre, where her husband smsed her the triple talaq. When Shaheen first came to me I thought it was a joke but soon I realised that the joke was on her because the triple talaq was supported by the law. She essentially had no recourse, except to seek maintenance for herself and her children. But it’s not always about the money, it’s also about a sense of dignity and self-respect as a human being.

Triple talaq divests a woman of all sense of equality in a marriage. When a man is all-powerful and has the ability to end his marriage regardless of whether his wife wants to or not, is it not a violation of human rights? When there is a unilateral and unequivocal application of power we speak of it as an abuse of human rights, which is exactly what TT had become over a period of time. The rampant abuse of this form of talaq made the men all powerful and soon there were triple talaqs being emailed, even being sent on WhatsApp, reducing the woman to a helpless piece of chattel, because she had no absolute rights to contest this form of divorce.

The power balance which was skewed in favour of men will now tilt considerably towards women.

Triple talaq coupled with polygamy is akin to handing over a nuclear bomb to Kim Jong Un, which is what happened to Sajjida’s marital life. Whilst she was in court fighting over the validity of the triple talaq, her husband married another woman. I can feel Sajjida’s anger, hurt and humiliation each time we go to court to challenge the validity of the talaqnama and also fight for maintenance in court. When the thought of even sharing a boyfriend, with another woman doesn’t cross my mind one can’t even imagine, having to share a husband with another wife, especially when you have been so unceremoniously divorced using triple talaq.

However, with the passing of this path breaking judgement the socio-legal parameters of Muslim divorces will change in India. The power balance which was skewed in favour of men will tilt considerably towards women. The judgement also emphasises the implementation of Fundamental Rights, and it will be pave the path forward for the Uniform Civil Code. One thing is for sure, the lives of the new Salmas, Shaheens, Sajjidas will definitely not be turned upside down ever again, thanks to the death of the instant triple talaq.

The opinions expressed in this post are the personal views of the author. They do not necessarily reflect the views of HuffPost India. Any omissions or errors are the author’s and HuffPost India does not assume any liability or responsibility for them.

At the coffee shop of JW Marriott, Mumbai, British filmmaker John Madden is hurriedly finishing a quick breakfast. The past week has been particularly exhausting — as jury president for the International Competition at the Mumbai Film Festival, Madden has been immersed in back-to-back screenings, mulling and deliberating over them with other jury members, including […]

The Rules You Need To Know When Airlines Lose Your Luggage

When an airline loses your luggage, it’s never fun. But smart travelers can end up collecting major cash after such instances if they follow the correct protocol. You should know that on flights within the U.S., airlines are legally required to reimburse you up to $3,500 if your bags are lost, damaged or delayed in getting […]

Thanks To Lack Of Education, Young Indian Girls Are Unaware Of Their Sexual And Reproductive Rights

The issue of reproductive health and sexual rights of adolescent boys and girls, under-age marriage, and adolescent pregnancy within and outside marriage remains a policy blind-spot in India. This is in spite of the fact that multiple surveys have highlighted the prevalence of child marriage and early pregnancy in India (Hyperlink Part 1 of the […]